Linux® becomes the basis of our and your success 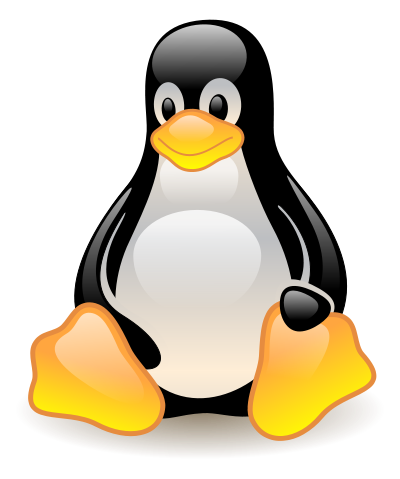 Of course, you could ask now: “Why should I care about the operating system my unit uses? I just use the POS programme and the dispensing system control, I do not care about what's going on hidden underneath.”

That is where we want to say, STOP! You should care about the system that manages your money and your valuable goods. How often your office computer has “broke down”? How often has your software not worked, as it should? How often did you want to throw your computer out of the window because of this?

If the answer to one of these questions is “YES” then you know this problem form your own experience. If not you may not be using your computer very often. Software has to be well engineered until the last bit otherwise, it does not work properly. That is the reason why TuxTAP is counting on Linux. Linux is software that was and still is well engineered. A continuing improvement processes with thousand eyes finds every mistake and improvement possibilities. Linux software is being developed to solve technical tasks and not to fill the bags of shareholders.

The people behind Linux

The Linux developers do not put a Linux copy into a cardboard box and sell it. This software is no end in itself; it serves the purpose to solve a certain type of problem as their inventor imagined them to work. Sufficient profit is made with the solution of technical problems with the aid of free software, so that their developers can be paid completely by solving the problem and the software itself remains free of charge. This realisation has spread so far in the industry that not only enthusiasts but also leading computer firms in the whole world work together on the huge project Linux.

Linux is free software (as in free speech), this means that everyone may use it free of charge, may pass it on and especially alter it as it is necessary to improve the execution of certain tasks. You receive a completely annotated source code to make this possible. The source code is the programme in a form that is understood by proficient people as well as by the computer itself. The computer translates it into the machine code; this is the form it can be executed at high speeds and how often you want.

Furthermore, no person or business can dictate other ones what they have to do. The only condition is that every altered edition has to remain freely available. Tux TAP participates in this development project and provides their modifications on the free software to the general public as it is recommended.

Linux is a safe bank

Linux is “only” 16 years old but despite that, we think it is very mature. This becomes clear when you look at the computers, the collection of these basic programmes is running on: it is working excellently on the smallest computers as they are used in mobile phones, for example, and in super computers that are used for weather calculation models. Our web service uses Linux just like the TuxTAP POS system.

Linux gives suitable software a very wide range of computers it is running on without modifications. Thus, a programme for Linux is an investment for the future. It will always work, even when the computer it was created for is antiquated or the person, who invented the programme died or the firm is sold and not interested anymore. The reason is that the source code was provided for the general public and thus somebody else may advance the programme and adapt it for new computers.

Do you need proof for this prediction? Programmes for machines, which have been antiquated for decades and were not designed for Linux but its ideal predecessor Unix work just as efficient with Linux like before.

Do not buy cardboard boxes with software, hire the software engineer!

Linux has developed extremely fast due to the free access to the source code of the software. Tens of thousands of people create software for Linux. And they don't do it to earn money with the sale of the software, they do it because they have to solve a certain task with their computer in their job. Correct and comprehensible.

Commercial software providers on the other hand are particularly interested in one thing: the money of their clients. Once the client has bought the product in a colourful cardboard box, he is not of interest anymore. Then the client can be kept waiting unscrupulously if problems and defects occur and urgently needed updates are protracted and possibly charged with costs. We are sure you know this situation if you have ever bought “cardboarded” software yourself.

There is one simple reason that Linux software is almost never offered as such “boxed” product: No Linux user would ever be cheated like that again. After all there is plenty of free software for every task. The customer does not have to speak to a clueless telephone hotline when problems occur but he can directly contact the inventor of the programme instead. By the access to the source code or the addition of previously missing functions, defects can be eliminated by yourself or with the aid of experts.

Tux TAP is actively participating in the development of free software

TuxTAP is going the right way here too: TuxTAP members are actively participating in the improvement of free software, e.g. GraphicsMagick, owfs, tclhttpd, Xorg, Whim and others. When we see a chance to improve the programme in your favour, we integrate it and provide the modifications to the general public. Furthermore, TuxTAP developed software from zero, which we make freely available, e.g. TkKasse, ttwhim and nvram.

However, we reserve the right for some software packages, which we completely developed ourselves. So to speak as a reinsurance as we do not want a competitioner to press unfairly on us and we don't want them to distribute a bad copy of our products to an indeterminable amount of customers (or victims). As a customer, you should be sure: This cannot happen with TuxTAP.

For you this means that we have established another safety net for you: should we have to introduce a product, we will provide the source codes of the associated software under the conditions of free software to the general public. This is our guarantee for the protection of your investment.

TuxTAP — Trust in our abilities and in our honourable intentions